Homes for Sale and Property Values in San Ramon, CA

As with the entire Tri-Valley, agriculture was the basis for San Ramon economy until suburban development began. In 1966 the new Interstate 680 freeway was completed through San Ramon to Dublin. For years a sign “San Ramon Population 100” accurately reflected the number of people in the area, with the whole San Ramon Valley having just over 2000 people for many decades.

Wonderful Gale Ranch single family home on premium corner lot. This home has been lovingly maintained and has been beautifully updated throughout. The first floor featur...

Located in the desirable Bridges community, this beautifully updated north facing Cologne floorplan is situated on a meticulously landscaped corner lot. The light and bri...

The amazing VIEWS embrace the beauty present everywhere around.Located at coveted The Lake at Canyon Lakes the atmosphere is tranquil & relaxing.This beautifully updated,...

STUDIO Condo with great views! Light and bright floor plan - no unit above. This charming and cozy studio has all you need with large open room, dual closets and lots of...

This contemporary three-story home offers four bedrooms and four bathrooms and comes with a few upgrades. On the first floor is a bedroom suite that enjoys a full-sized b...

Move In Ready NOW! Over $125,000 in upgrades. Designed beautifully with covered patio and second floor deck! Don't miss out! The Tarrington's cozy covered entry flows in...

INVESTORS WANTED... REMODELED 2 BED/2.5 BATH UNIT. WITH GARAGE ACCESS INTO UNIT. (only in this model). Fantastic Location within complex. Highly upgraded kitchen and b...

Looking for the perfect home in the perfect place? Chances are you'll want to check here first. 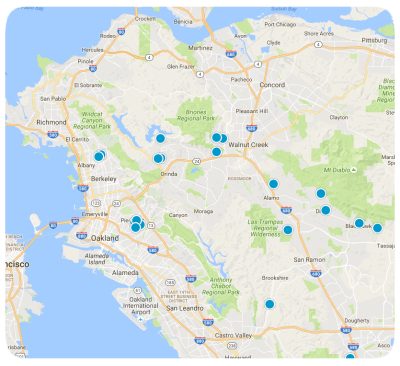